Britain Will Be the Fastest Growing Photovoltaic Solar Market in 2010 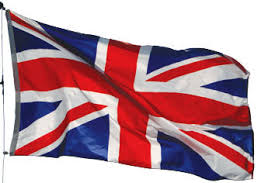 It has taken only three months for Britain’s new feed-in tariff program for renewable technologies to start paying dividends, in particular by sparking the solar industry.

According to Ownergy consulting firm, 20.7 megawatts (MW) ofrenewable energy has been installed since the feed-in tariffs were putinto place April 1.  The residential sector has led the charge in the cross-over to alternative energy, especially solar power.  To understand the country’s growth-rate,consider this:  in April there were 408 registered residentialinstallations; at the end of July the total number was 4,541.

Another consulting firm, iSuppli, has released a report which projects the United Kingdom to be the fastest growing solar market in2010.  According to the report, by the end of the year Britain will have 96 megawatts of installed photovoltaic solar power.  This numberrepresents a 1,500 percent increase from 2009’s installed capacity of 6MW.

Britain’s meteoric growth rate nearly doubles second place, Spain. The report expects the growth to slow down, but even still, it projects photovoltaic installations in the U.K. to rise 50% every year until2014.

The State of Solar-powered Drones

January 21, 2020 by Willie Jiang
Knowledge Base

November 21, 2019 by Sumit Chakrabarti
Knowledge Base