There are a few truths that make the fundamental case that investing in the emerging next economy is the clearest path to long term competitive portfolio performance. First, innovation – meaning improving economic output without increasing material or capital inputs – always wins. This is simply how capitalism works, money chasing the best ideas, and has been the basis of the industrial revolution. Second, successfully mitigating the worst effects of economically and societally disastrous climate change (that we’re not already irreversibly committed to) will save enormous costs, provide generational investment opportunities and also be inestimably economically stimulative.

For over a decade now, Green Alpha cofounders Jeremy Deems and I have been wondering when popular awareness of these truths would emerge. And while I can’t represent that we’re there yet, I can say that we definitely are noticing a major shift in both frequency and tone of recent journalism and punditry on the subject of sustainability economics. Fellow green economist Tom Konrad got me thinking about all this when he asked me and a few other money managers for thoughts about 2013 for his Forbes piece on the subject. The more I thought about framing an answer, the more I realized how much momentum I’ve been noticing just over the last quarter or so. To give an idea of what I mean, here’s a representative but far from complete list of some smart people and organizations articulating a vision of and working towards a next economy wherein society can thrive without exceeding earth’s tolerances or threatening the underpinnings of the global economy. Each of these is worth delving into in its own right.

– PricewaterhouseCoopers’ November 2012 report titled “Too late for two degrees?” (N.B., 3.6 degrees Fahrenheit) states flatly that “[i]t’s time to plan for a warmer world.” Since, as they conclude, to limit warming to two degrees Celsius, the world needs to begin slowing its carbon dioxide emissions “by 5.1 percent every year from now to 2050, essentially slamming the breaks on [CO2 emissions] growth starting right now,” is not going to happen, we need to take all realistic mitigation steps we can and also plan for adaptation. Coming as it does from a mainstream accounting and auditing firm with no tree hugger ax to grind, this serves as a particularly stark warning, but also signals the truly massive scale of the investment opportunity.

– The National Research Council’s report (via the National Academy) on climate change and national security, “Climate and Social Stress: Implications for Security Analysis,” released in November 2012, was “prepared at the request of the U.S. intelligence community.” It provides a clear-eyed look at economic and politico-social consequences of climate change.  It states, in part, “[a]s a practical matter, [climate change] means that significant burdens of adaptation will be imposed on all societies and that unusually severe climate perturbations will [be] encountered in some parts of the world over the next decade with an increasing frequency and severity thereafter. There is compelling reason to presume that specific failures of adaptation will occur with consequences more severe than any yet experienced, severe enough to compel more extensive international engagement than has yet been anticipated or organized.” When realized, this “more extensive international engagement” means more opportunities for companies providing solutions, and crucially, in this case, the momentum for economic transition is coming from the security and intelligence community. The more disparate the voices urging transition, the closer to popular inflection we become.

– Not to be outdone by the National Academy, the World Bank (also in November 2012) warned that in its opinion, the globe is on track for warming of four degrees Celsius (7.2 degrees Fahrenheit) if mitigation does not commence immediately. The Bank, in asserting that that kind of warming could devastate the global economy, cited in particular “Ocean Acidification,” “Heat Extremes,” “Lower agricultural yields,” and “Risks to Human Support Systems.” The Bank concludes by indicating a pressing need for “increased support for adaptation, mitigation, inclusive green growth and climate-smart development.”

– Warren Buffett’s MidAmerican Renewables has been pouring money into renewable energy projects. In addition to US$11 billion invested in renewable energies over the last year or so, MidAmerican just announced that it’s investing $2.5 billion more for a 579 Megawatt plant in Los Angeles County. As MidAmerican’s Chief Financial Officer Patrick Goodman recently said, “we believe renewables is the better investment right now.” Buffett, certainly not one to invest this kind of money for the sake of being “green,” sums up the opportunity this way: “[m]any more wind and solar projects will almost certainly follow.”

– The U.S. Department of Defense, which cares first about national security, second about costs and traditionally not much about ecology, has nevertheless put together America’s single most impressive list of renewable energy and low and zero emissions transportation initiatives. Why? As then Joint Chiefs Chairman Admiral Dennis McGinn said, “Ultimately, as we gain proficiency in generating sustainable, renewable energy sources as a nation we build national strengths and stability.” How far is the military going with these projects? “The DOD is positioned to become the single most important driver of the cleantech revolution in the United States,” according to Clint Wheelock, president of Pike Research, one of America’s leading pure research firms on the subject of renewable energy.

– The insurance industry, which ultimately has to pay every time there’s a new climate disaster, has had enough. Munich RE, a leading global reinsurer whose climate practice releases key reports on the economic risks of climate change, in October wrote (registration required), “[i]n the long term, anthropogenic climate change is believed to be a signiﬁcant loss driver…It particularly affects formation of heatwaves, droughts, thunderstorms and — in the long run — tropical cyclone intensity.”

– Reuters recently published a piece explaining “Why you need a climate change portfolio,” using the cogent argument “[w]hether you believe in man-made global warming or not, it’s undeniable that trillions of dollars will be spent on technologies to address the collateral damage of climate change.” We do believe in climate change, so we think there may be reason for all those dollars to flow to the appropriate mitigation and adaptation technologies with even more velocity than Reuters may be assuming.

– 350.org’s “Fossil Free” institutional divestment campaign is, amazingly, already starting to see some traction. Really. From 350’s website: “Seattle Mayor Mike McGinn sent a letter to the city’s two chief pension funds on friday [sic], formally requesting that they ‘refrain from future investments in fossil fuel companies and begin the process of divesting our pension portfolio from those companies.’”

– Even the slow-to-change traditional investment banking industry is showing signs of tuning into reality. In a blog post on its website, the New York Times cites evidence for “A Change in the Weather on Wall Street,” largely as a result of superstorm Sandy, which impacted Wall Street directly. But in addition, “[t]he other new argument is economic. Until this year, the political calculus about climate change had only one side. The oil and coal companies made sure everyone knew about the costs of action. But few people mentioned the costs of inaction. Now they cannot be ignored.”

These are just the first few recent ‘tipping point’-like stories to come to mind. I’ve read dozens more examples recently, and I feel the fact that I can no longer be aware of all the evidence of inflection much less keep track of it all is surely a sign in itself.

There are several additional trends underway now that may have significant impacts on renewable energy companies and their stocks in 2013: the new, emerging ways to invest in and to monetize electric utility revenues from scale solar and wind plants, and infrastructure upgrades to accommodate a renewables-friendly distributed smart grid (especially where networks have been damaged (such as in the wake of superstorm Sandy). Each of these presents opportunities and interesting ways to invest.

For us, though, the most interesting macroeconomic trend is simply that the green economy is finally showing signs of approaching a meaningful inflection point into mainstream consciousness.

Adding it all up, it sure seems like the time is now. 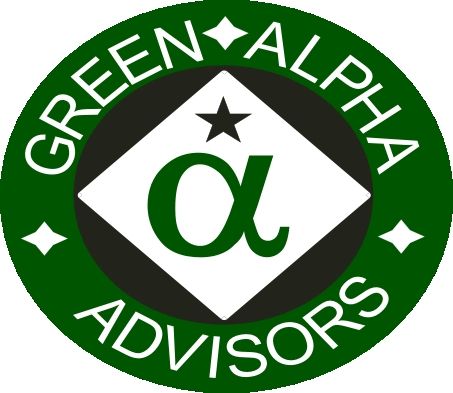